car rental in israel: on the road to eilat

You can reach Eilat by plane from Tel Aviv in about an hour but the more interesting way to travel is by car. The drive takes around four to five hours from Jerusalem or Tel Aviv, about 300-350 kilometers. While the trip is not too long, there are scenic points to stop at along the way which turns your ordinary road trip into an unordinary adventure. 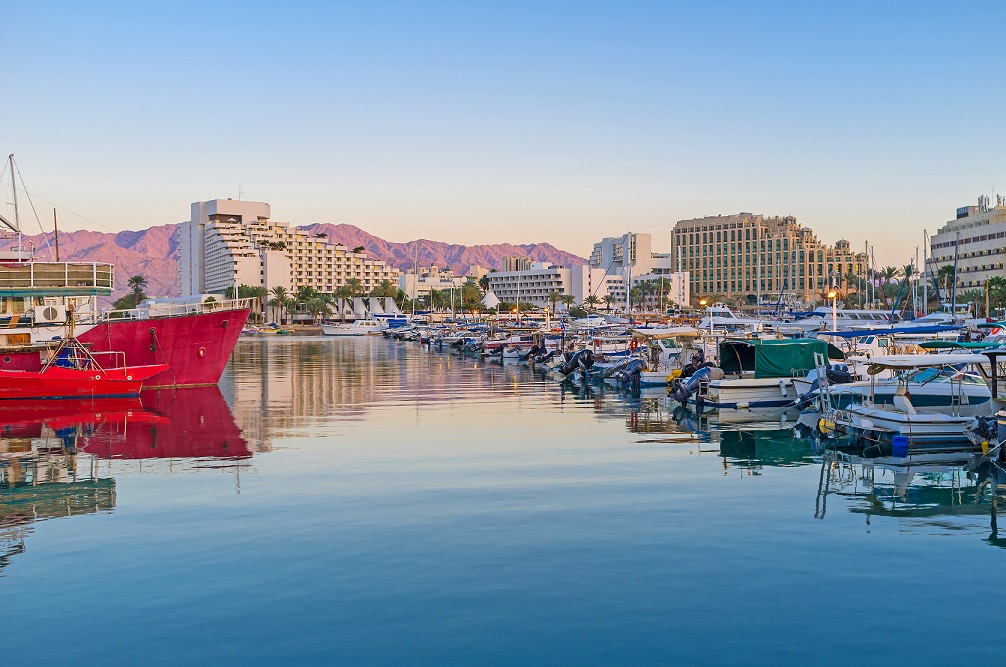 In 2016, Ein Gedi was listed as one of the most popular nature sites in Israel. It is located west of the Dead Sea and is considered an important reserve. Ein Gedi is filled with protected wildlife, plant species and scenic trails. The first inhabitants of Ein Gedi dates back almost 5,000 years, during the Chalcolithic period. These settlers constructed a major temple which attracted pilgrims from all over the area. Today, visitors can view the remains of this temple as well as another settlement called Tel Goren. These ruins date back to the Iron Age (Biblical times), the Persian, Hellenistic and Roman period.

With deep historical roots, Ein Gedi is also full of natural wonders. There is a year-round waterfall called David's Waterfall which is easily accessible by a hiking trail. At the head of the waterfall, there is a small cave called Dudim Cave. For experienced hikers, there is a trail along the Arugot Stream which flows throughout the year. The path leads to a Hidden Waterfall and pools at the top of the stream.

Located within the Negev desert, Sde Boker is a kibbutz where David Ben-Gurion, Israel's first Prime Minister lived. Ben-Gurion deeply believed in investing in the desert for the future of Israel. He resigned and retired to the kibbutz in 1953, to show his allegiance and belief in nourishing the Negev. His small kibbutz "hut" was turned into a heritage center and museum. Ben-Gurion and his wife Paula are buried close by overlooking the Negev, across the Zin Valley. The view from their burial site is one of the most magnificent views of the desert.

Masada is a recognized UNESCO World Heritage Site and contains an ancient stronghold, located high above the Dead Sea. The fortress was originally built in 30 BCE by King Herod and was conquered in 68 CE by Jewish zealots fleeing the Romans. Masada became their last resort and the remains of this hideaway are well-preserved to this day. King Herod's northern palace is a must-see on Masada, built on top of three rock terraces. You can also explore a Roman style bath house with a beautiful mosaic floor and walls covered in murals.

Yotvata was the first kibbutz created in the Arava Desert in 1957. Today, Kibbutz Yotvata is the biggest settlement in the area with 170 families. Yotvata is known for its dairy production and famous chocolate, sold throughout Israel. Located on the Kibbutz is an experiential exhibit which explains how an unknown, small farm became one of the main dairy producers in Israel. Visitors can also explore the "Yotvata flavor" by meeting the cows up close through milking games, information on the cowshed and tours. Yotvata also allows visitors to make (and of course eat) their own ice cream. A trip to Yotvata is not complete without trying the famous "chocolate milk in a bag," which is exactly how it sounds and tastes delicious. 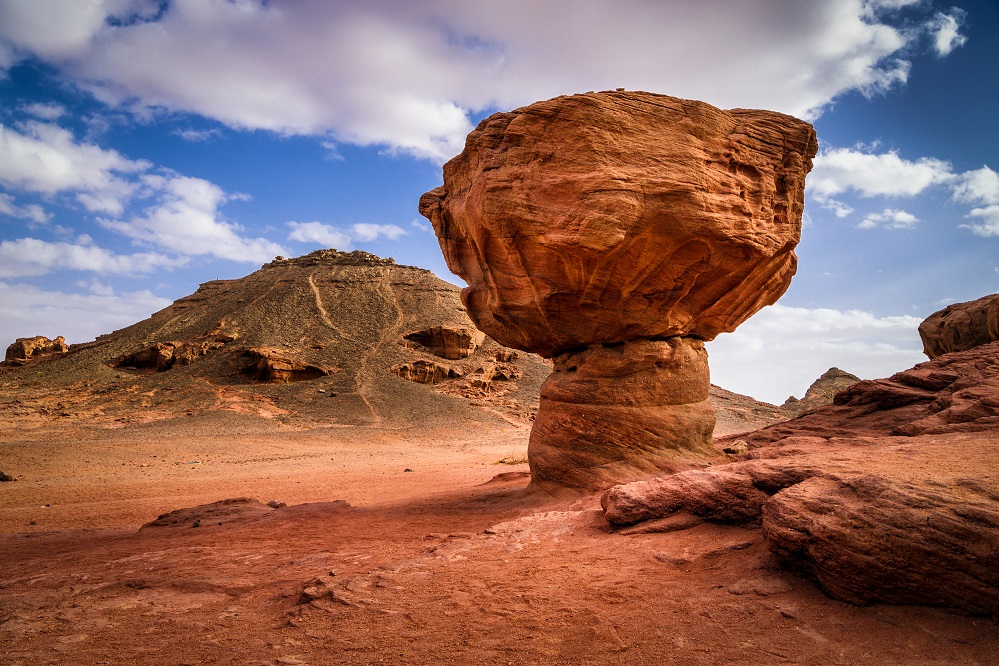 Timna Park is about 17 miles (25 kilometers) north of Eilat and at 15,000 acres, is one of Israel's biggest nature reserves. Throughout the park, there are six mountain bike trails, two are family-friendly and the other four are for experienced cyclists only. Visitors can also pedal boat in the lake, rappel, zip line or hike on the many paths. Timna is home to the world's first copper mine and thousands of historical mining shafts can be found throughout the park. These shafts date back to ancient Egypt. If you decide to stay overnight at the park, it is the perfect destination for stargazing and viewing meteor showers, depending on the time of year.