An Insider’s Guide to Jaffa

As a recent resident of Jaffa, I could not be more excited to write about the best area in Israel. Biases aside, Jaffa is truly an incredible place to visit and explore. Jaffa can be found at the Southern edge of Tel Aviv along the coast. The blue Mediterranean Sea sets the backdrop for this ancient port, overlooking the Tel Aviv skyline. Jaffa dates back to biblical times as it is mentioned in the Hebrew Bible four times and may be named after Japeth, Noah’s son who built the city after the flood. 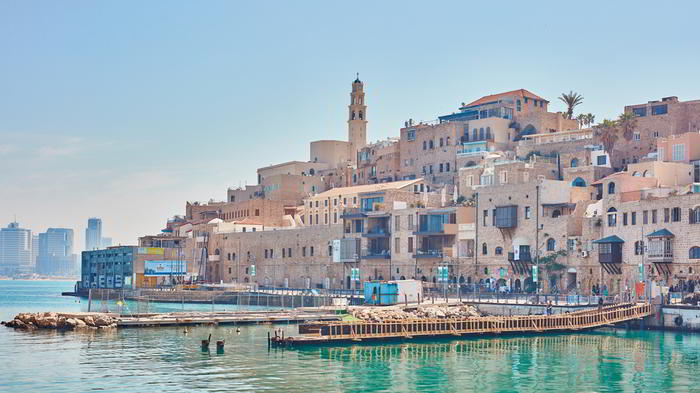 Jaffa ‘s dynamic mix of churches, mosques and synagogues represent religions residing in the area.  St. Peter’s Church is a Franciscan Roman-Catholic basilica and hospice that was built in 1654. It was constructed on the remains of a Crusader fortress. The Church is dedicated to the memory of St. Peter who is believed to have brought his disciple Tabatha back from the dead. At some point in history, Napoleon may have stayed at St. Peter’s Church.  Al-Bahr Mosque, the Sea Mosque, sits overlooking the port and can be found depicted in a painting from 1675 by the Dutch painter Lebrun. This is considered Jaffa’s oldest mosque. In terms of Jewish landmarks, the Libyan Synagogue (Beit Zunana) was constructed in the 18th century by a Jewish landlord named Zunana. It was used as a hotel and then as a soap factory, but in 1948, was turned back into a synagogue for Libyan Jewish Immigrants. It was then turned into a museum in 1995.

Religious structures aside, there is history throughout Jaffa that is waiting to be explored. Located in an 18th century Ottoman building, the Jaffa Museum of Antiquities was established on the remains of a Crusader fortress. Excavations within the Jaffa flea market (on Rabbi Pinchas Street) exposed walls and water conduits that date back to the Iron Age, Hellenistic period, early Islamic period, Crusader, and Ottoman eras. On Tanchim Street, a limestone slab with the symbol of a menorah is thought to be the door of a tomb.  Follow each winding alley and discover art galleries built right into the stone and small boutique shops. 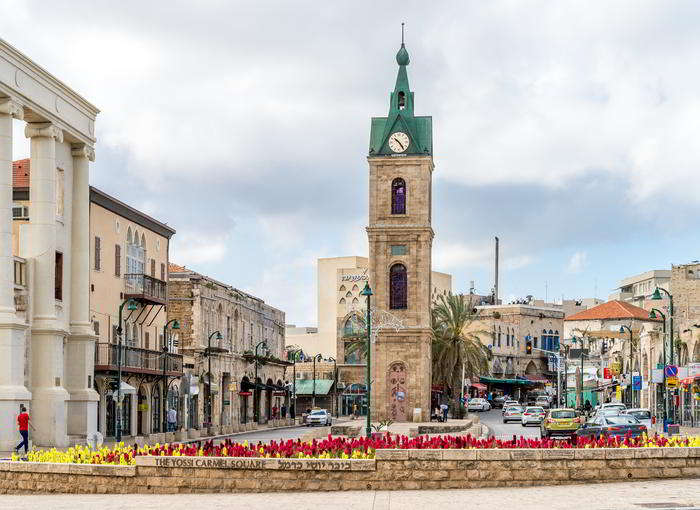 For an evening stroll, make your way over to Kikar Kedumim, at the center of Old Jaffa. In the middle of the square, there is a beautiful fountain representing the twelve Zodiac signs. Restaurants circle the area and vendors sell their goods late into the night. Live music is played on the street and a view of the ocean is visible from this point. From the square, you can head to the port and dip your feet into the Mediterranean Sea. Boats are docked along the pier and you can watch their sails flutter in the wind as you enjoy ice cream sold in many nearby stores.

In terms of cuisine, Jaffa offers an amazing selection of both Arab and Israeli delicacies. You can always go with the old faithful falafel, hummus, tehina, pita, and shwarma. Or, try one of the Middle Eastern restaurants here offering unlimited small plates and salads (think Israeli salad, cucumber, carrot, baba ghanoush). Shakshuka, an egg dish cooked in tomatoes, onions and spices, is perfect for breakfast, lunch, and dinner. Save some room for dessert and try knafeh (made of kadaif dough stuffed with warm goat cheese), malabi (milk custard with a rose flavor and color), or sachlab (a hot, sweet, thick drink covered with coconut shavings). 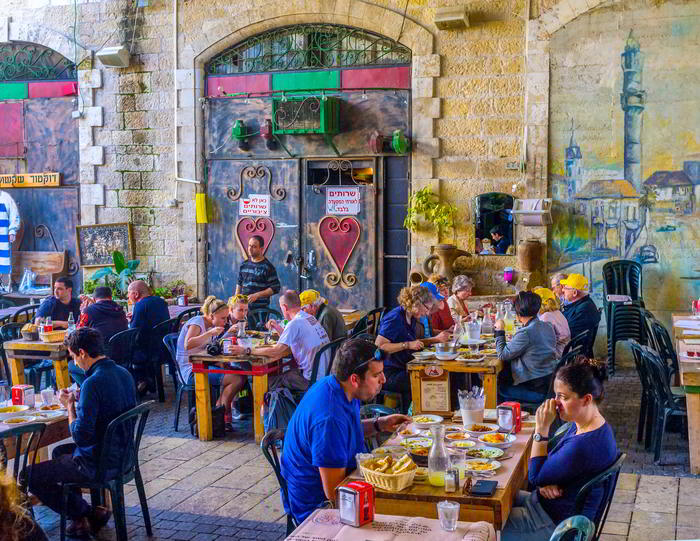 A trip to Jaffa is not complete without a visit to the flea market or “Shuk Hapishpishim.” Here, you can buy everything from home décor to souvenirs to clothes, jewelry, and furniture. Sharpen your bargaining skills as vendors yell out prices and try to get your attention to visit their stand. You can also dig through shops that offer antiques ranging from old postcards, furniture, sculptures, and even movie posters from India in the 1960’s (I am guilty of this purchase). At night, the shuk truly comes to life with bars and restaurants at each corner, beautiful string lights, and hanging lanterns.

The easiest and most convenient way to travel and to see all the sites in affa and its area  is by car. Car rental Tel Aviv its easy and can be much cheaper than using public transportation. When renting a car, you should opt for a larger and more established company such as Shlomo Sixt one of the largest car rental companies in Israel, which gives you 24/7 service and has branches across the country and attractive prices for car rental in Israel.