Mountains, Gardens, and Sea - Haifa Like you never seen

As you travel into Northern Israel, you will come across Haifa, the country’s third largest city. Haifa was built on the edge of Mount Carmel and is about 90 kilometers from Tel Aviv (56 miles). Haifa’s history dates back to Biblical times, where Mount Carmel and the Kishon River are mentioned. On top of Mount Carmel sits a grotto considered the “Cave of Elijah,” inhabited by the Prophet Elijah and Elisha, his apprentice. Haifa is home to two major higher education institutions: the University of Haifa and the Technion. Haifa sits on the Mediterranean Sea and became the gateway for Jewish immigration into Israel during the establishment of the State.

Haifa’s unique identity is characterized by the mix of Jews, Christians and Muslims residing peacefully. Immigrants from the former Soviet Union account for 25% of Haifa’s population. Israeli-Arabs constitute 10% of the population, representing both Muslims and Christians. This city is an example of positive relations between religions and co-existence. In December, the “Holiday of Holidays Festival” is held in Haifa which celebrates Hannukah, Christmas and Eid al-Adha, the Muslim Festival of Sacrifice.

The most popular attraction in Haifa is the Baha’i Gardens and Golden Dome. This manicured property is maintained by followers of the Baha’i Faith and pilgrims visit as part of a religious ceremony. The Gardens attract half a million visitors a year and contain nineteen terraces, with the Golden Dome Shrine of the Bab in the center. This is the final resting place for the Prophet of the Baha’i Faith and the shrine faces Akko, another important city for this religion. Inside the Gardens are steps ascending from Mount Carmel, offering an incredible view of Haifa and the sea. Since this is a holy site for the Baha’i faith, modest dress is instilled and the area is listed on UNESCO’s World Heritage List. The German Colony can be found at the bottom of the Gardens, containing shops, galleries, and restaurants located in 19th-century buildings.

On your way over to the Baha’i Gardens, take a stroll on Yefe Nof Street, which translates to “Nice View Street.” This trail lives up to its name, offering picturesque views of the port, bay, and Haifa’s city lights. Bars and restaurants line this street and Louis Promenade is found in the middle, sitting atop Mount Carmel. This promenade overlooks the Zevulun valley and Haifa bay. Visit this area at night to experience a magical sunset over the water. 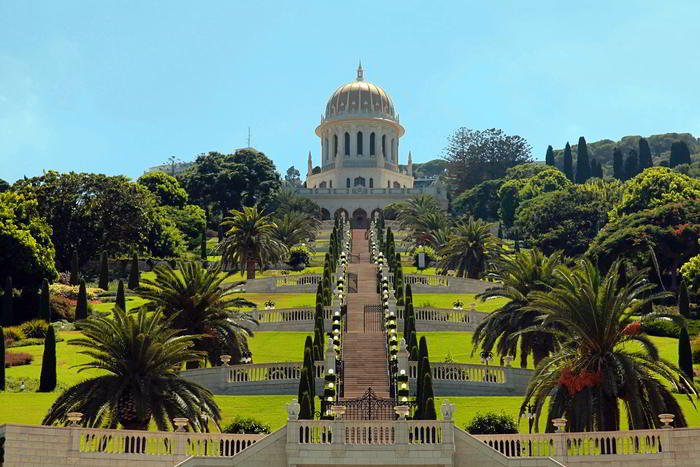 In addition to just looking at the sea (and taking some incredible pictures), why not swim in the water? Make your way over to Dado Beach, considered the top beach in Haifa. Dado is easily reachable by car, train, and bus and includes free parking. The sandy white beach stretches for two kilometers (a little over a mile), with clear, open water rolling against the shore. If you are not a “sand-lover,” there are grassy patches throughout the area so you can still see the ocean without feeling the sand between your toes (or stuck in your shoe). You can also camp at the beach and soak up views of Mount Carmel from the water. Visitors traveling with children can use the kiddie pool which is observed by seasoned lifeguards.

If you are searching for a great museum the whole family will enjoy, take a trip to the Israel National Museum of Science, Technology, and Space, also known as the Madatech. The museum was created in 1983 and is located within the original site of the Technion – Israel Institute of Technology. In 1923, Albert Einstein planted a palm tree in the courtyard which can still be viewed today. Over 200,000 visitors travel to this museum each year and experience the five sections of the park, each dedicated to a famous scientist. The courtyards include: Daniel Bernoulli, Isaac Newtown, Leonardo da Vinci, Pythagoras, and Archimedes. There are also environmental exhibits and a large amphitheater containing a fountain shaped like a wind rose and operated by a computer. This fountain displays water shows accompanied by different colored lighting. 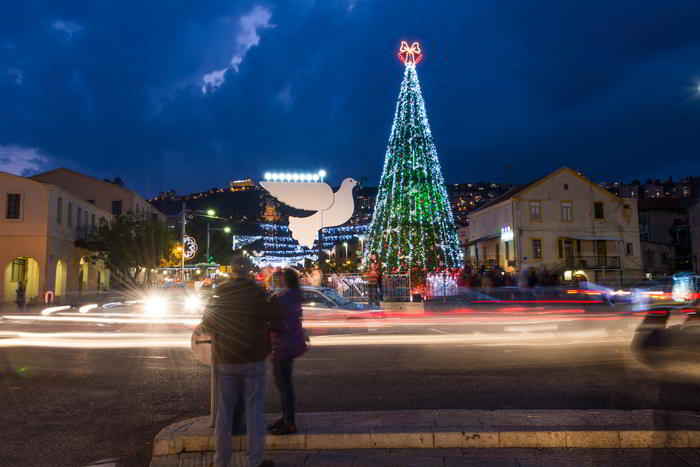 Haifa’s mixture of cultural and religious acceptance, diversity, incredible views, and emphasis on education make it a well-rounded city and worth the visit. The city provides land, sea, mountains, a booming tech scene, and winding streets where hidden gems can be discovered around each bend.

The easiest and most convenient way to travel and to see all the sites in Haifa is by car. Car rental Haifa its easy and can be much cheaper than using public transportation. When renting a car, you should opt for a larger and more established company such as Shlomo Sixt one of the largest car rental companies in Israel, which gives you 24/7 service and has branches across the country and attractive prices for car rental in Israel.