A tiny country with much to offer

While Israel is a very small country, it is jam-packed with fascinating sites to discover.  Whether you are looking for a spiritual quest, a historical journey or just to have a relaxing vacation, traveling to Israel is bound to be an exciting and eye opening adventure.

From a religious perspective, the country is holy to Jews, Christians and Muslims.  The most sacred city for all three faiths is Jerusalem and its Old City is divided into four quarters: the Jewish, Christian, Muslim and Armenian.

Walking through the Old City is like taking a journey through history. There are churches, mosques and synagogues found throughout the city. Highly recommended is the Western Wall Tunnels tour.  During the tour, you travel underground and witness the entirety of the Western Wall which dates back to the Second Temple period (between 516 BCE and 70 CE). You can gain a real sense of what life was like during this time in history by exploring the city underground through a series of tunnels. 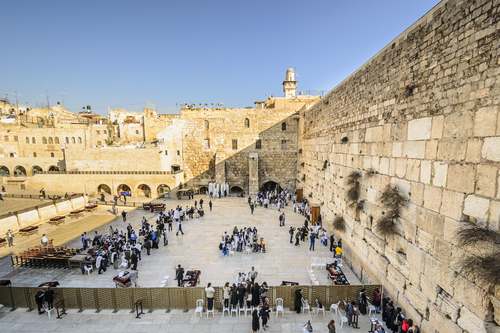 Israel is the perfect place for history lovers, since there are many archeological sites, some which date back over 3,000 years! Throughout time, Israel was conquered by different empires such as the Babylonian, Greek, Roman and Ottoman.  Each left their own individual mark on the land and unique remains of their culture.

For instance, Caesarea was once a main Roman city and its amphitheater and aqueducts still exist.  Another major archeological site is Masada, an ancient fortress with a fascinating history of a Jewish rebellion against the Roman Empire. In terms of Christian history, Church of the Annunciation can be found in Nazareth and is considered the place where the angel Gabriel told Mary she would conceive a son. For more recent history, you can visit Independence Hall in Tel Aviv where the state of Israel was created. 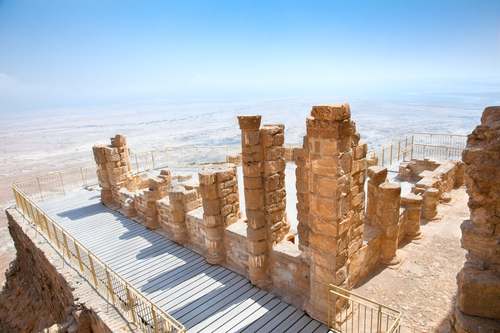 
The Best way to see all you want

Israel sits along the Mediterranean Sea and there is a long coastal line with many stunning beaches. The Sea of Galilee contains well-kept beaches and exciting lake cruises. The Dead Sea is also an amazing body of water which allows you to float easily. The Red Sea found in Eilat is the perfect destination for diving since there is a phenomenal coral reef and fish to discover. There are also extreme water sports such as banana boating, tubing, parasailing and windsurfing. You can also kayak or go whitewater rafting on the Jordan River which is a favorite pastime for many tourists.

With so much to see there is never enough time to do it all!  A great way to squeeze more in is by renting a car. While Israel has public transportation and you can get to most places by bus, to certain destinations the buses are infrequent and the time to destination is long.  Israel has a good train system but the trains mostly pass through the major cities.  So if you are on a tight schedule and want to pack a lot in, getting from place to place by car is by far the fastest option. 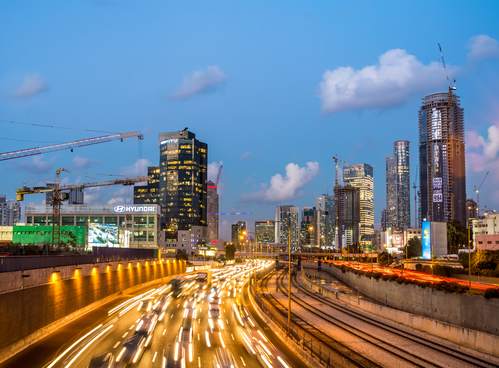 Car rental prices are very reasonable.  Shlomo Sixt is the largest car rental company in Israel and has 28 branches across the country (its airport branch is open 24/7).  On Shlomo Sixt's website you will find great deals on rentals.  Given that you can drive from the most northern point of Israel to the most southern point in 6 hours, if you plan your trip well, you are certain to see everything you want to see.