The Lowest Place on Earth

Float your way to relaxation

Did you know that one of the Seven Wonders of the World can be found in Israel? The Dead Sea is a salt lake located in the West of Israel close to Jerusalem. The Dead Sea contains 33% salt, which is ten times the amount usually found in other oceans (8.6 times more salty). Since this is truly a “dead sea,” no plant life or animals can survive in the water. The Dead Sea is 1,388 feet below sea level, making it the lowest point on earth. Due to the high salt concentration in this sea, you can float with ease, lift up your arms and legs and even read a newspaper! Since there is a dry climate and high temperature in the area, the water levels don’t overflow due to evaporation. 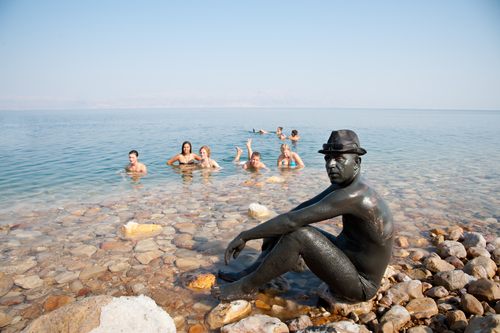 The mud at the sea-bed also carries some healing properties and you won’t look silly smearing this mud all over your body (we promise!). Minerals found in the Dead Sea are also present in the human body which allows the body to easily absorb therapeutically. Historically, the Dead Sea was also one of the world’s first health resorts for Herod the Great. Many products were exported from the Dead Sea such as balms for Egyptian mummies

for more info: jerusalem car rental - the best way to discover jerusalem and the area

Close to the Dead Sea, is an oasis called “Ein Gedi,” which is considered a Garden of Eden in the wilderness. This area holds religious and biblical significance since Ein Gedi was a place of refuge for David and rebels fled there from Jerusalem. Ein Gedi combines a relaxing, natural setting with a strong historical identity. Tourists from all over the world visit to take advantage of the hiking, hot springs, mineral waters and mud baths. Ein Gedi is an ideal place to become familiar with the desert and its hidden wonders. There are nine hiking trails here which can last from just a half hour to a full day, which travels through Wadi David.

Kibbutz Ein Gedi is located on a nearby hilltop overlooking the area and only an hour from Jerusalem.  There is a botanical garden on the kibbutz with plants and trees from all over the world. Found among the Kibbutz houses are flowering cacti and baobab tress. Lodging is available in the attractive Ein Gedi Botanical Hotel or at Ein Gedi Botanical Village. Lucky guests will be able to spot ibexes walking between the hotel gardens!

The ultimate way to see evrything Israel has to offer you is by car rental israel.  By securing a rental before you leave, you can travel to your holiday destination at your own speed (literally). So, you won’t be tied to train, plane or bus schedules that can be frustrating or unreliable.